Due to circumstances beyond my ability to control, no update this week.

Stay tuned for next week’s update.

Characters are being ornery.

Hate to do this, but there will be no update this week due to the celebrations surrounding the graduation of my youngest brother from high school.

It is the end of an era in the Troy School District.  There has been a Klitzke attending classes in the district in an unbroken thread since 1987 (longer, if you count the year I spent in preschool in the district).  Today marked an end to that long tradition. 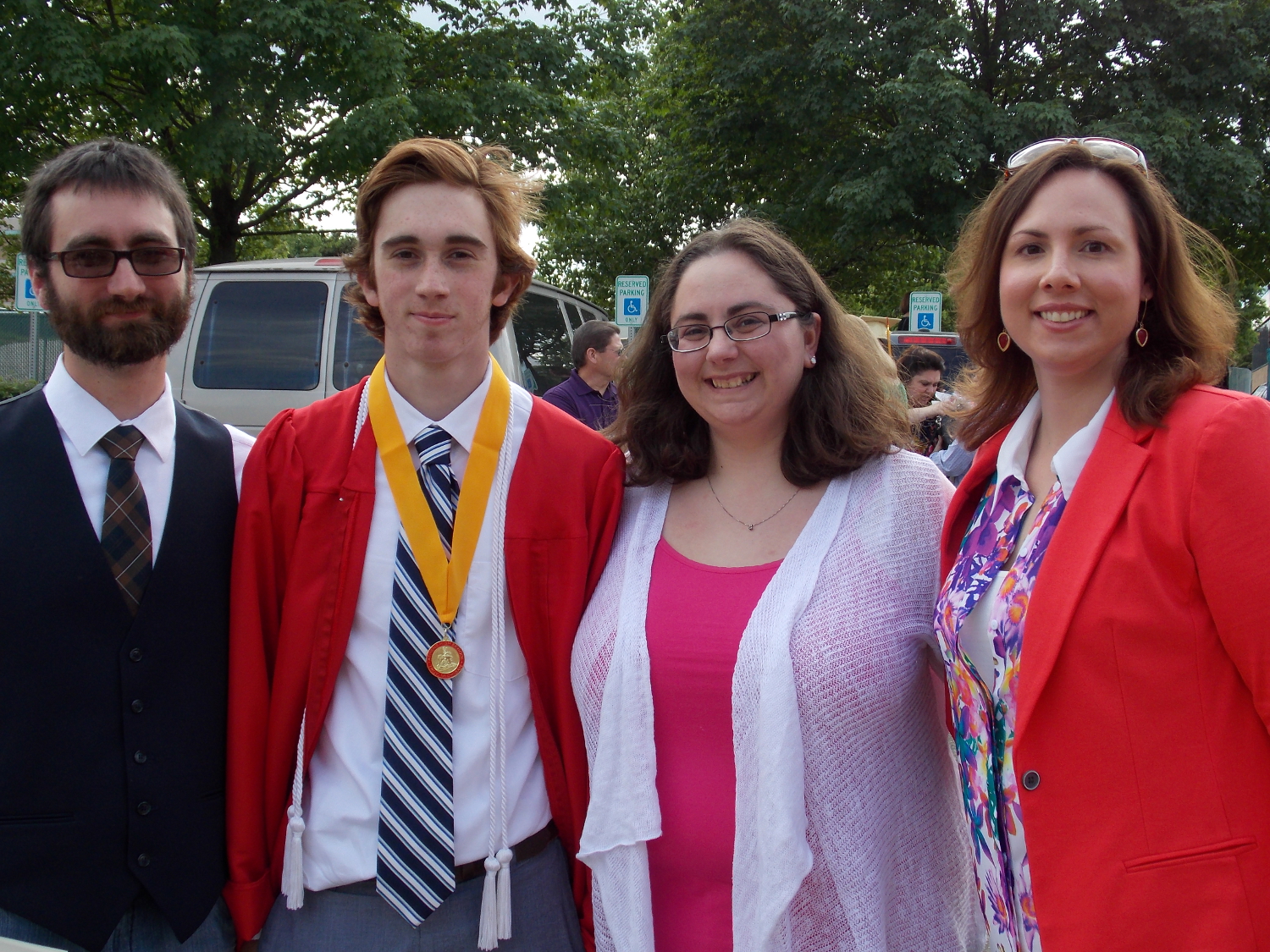 Look forward to an update next week involving Tim Winston digging for some answers–and Frederick Rose obliging him–and Sephora Damerian starting to navigate the terrifying new reality of the Commonwealth alongside men and women of the Colonial Office.

This week’s update will be posted on Monday, May 27, Memorial Day.

Due to the author going slightly insane and wanting to give a decent update next week (ie, the Council Meeting that we have been building toward), there will be no update this week.

Someone please tell me to stop bringing work home from the office–please!

It started with the counter-claims, then progressed with strong-arming some of the religious congloms and the idealists into quitting their claims.  By the time Mimir died, we’d been pretending for a long time that nothing was wrong.  We were told that nothing was wrong.  Some of us, though, knew the truth.  God help us, some of us knew the truth.

“Has there been any progress on the investigation, Amie?”  Padraig asked as he joined the psychic and Miriam near their consoles before the early shift began.

Miriam smothered a wince as Amie turned toward their supervisor.  Of course Padraig knew—she’d told him herself.  She just hoped that Amie didn’t figure it out.  Amie didn’t want anyone to know someone had blown up her house.  Even the media and the authorities had been hush-hush about the whole affair.

Then again, why admit you can’t protect an entire segment of the population?

“No,” Amie said after the slightest of hesitations.  “No, there’s been nothing.  No leads…” her voice trailed away as her hands curled into fists.  Miriam winced and touched her arm.

“Are you?”  Padraig asked gently.

“Yes,” Amie said firmly, dropping into her seat and warming up her console.  “They blew up my house.  They didn’t blow up me.”

Padraig and Miriam exchanged a look.  Miriam tried to smother a wince as she dropped into her own seat.  No.  They just slammed home the fact that no one that’s different is safe here anymore.  How much longer is it going to be before it’s not just psychics, but their friends, their co-workers, or just anyone who doesn’t agree with the major congloms?

“It’s all right to be frightened,” Padraig said quietly, leaning against the console between the two women.  His watery blue eyes focused down on Amie, taking on an intensity that Miriam could remember seeing only rarely in their supervisor.  “I would be terrified if I were you. You’re braver than I am, that’s for sure.  I’d have jumped the first ship to E-557 if I was you.”

Amie went rigid for a moment, mechanically turning to look up at him.  “There’s nothing on E-557 that’s a better option for me.  The Commonwealth protects people like me.  That’s enough.”

Padriag made a quiet sound and shrugged slightly with one shoulder.  “As long as you’re sure,” he said quietly.  His gaze swept the quiet, half-empty office.  There were a few people straggling in at the far end, but no one within earshot.  His voice dropped lower.  “An old friend of mine from the Colonial Office has been organizing…trips…to E-557.”

“I’m not interested in leaving to go live in straw huts and eat grass,” Amie growled, glaring up at him.

She shook her head firmly.  “I’m not running away from them, whoever they are.  They want me to be afraid and that’s fine.  I can be terrified, but I’m not going to let them make me run.  That’s what they want.”  Amie’s gaze flicked up toward Padraig.  “All of us know that E-557 isn’t going to be safe for anyone soon anyway if things keep going on like they have been.  How many more claims were filed for that system yesterday that made it through primary checks?”

Amie’s chin lifted and she nodded firmly, shooting them both an I-told-you-so look.  “Two,” she echoed.  “How many more got quashed at the lower levels?  How many got kicked up past us without us ever seeing them?”

It would be a failure, too, Miriam thought as she tapped a few controls on her console and brought up a list of new files to review that morning.  We’re supposed to protect claims, not sit idly by while they’re violated.  The Foundation—and all the smaller congloms—trust us to protect their claims.  “Padraig,” she said quietly.  “How many of the smaller congloms are looking at the same thing?  How many counter-claims have been coming down the pipes lately?”

“Too many,” their supervisor said quietly.  “I kicked a memo up the food chain.  I sent another one to the Inspector General’s office.”

“What are they going to be able to do?”  Amie asked, brow furrowing.  “They only jump in after something’s happened.”

Padraig winced.  “I’m hoping they’ll be able to get to the root of all of these insane counter-claims we’ve been getting lately.  Sephora’s an old friend.  I’m sure she’ll at least try to look into it, even if she can only spare one inspector to investigate, she’ll do that.”

“We went to school together,” Padraig said, sounding weary.  He shook his head.  “She’ll look into it if she can.  It’s within her mandate anyway, not ours.  Once the claim’s approved, if we screw up we tell them and they deal with it—if the judiciary doesn’t first.”

Amie sighed.  “The judiciary.  Another joke these days.”

Miriam stared at her.  “You can’t actually believe that, can you?  And then turn around and say you’d rather stay here instead of leave?”

“Better the devil you know,” Amie muttered, standing up.  “Do either of you want a cup of coffee?”

As the psychic left them, heading for the break room, Miriam looked at Padraig and shook her head slowly.

“Why did you ask her about the investigation?”

The muscles in his jaw tightened.  “Bad things are about to start happening around here, Miriam.  Worse than what’s happening now.  We’re just seeing the first ripples, hearing the first rumblings.  I’ve been doing a lot of reading lately.”

Her brows knit.  “Reading what?”  What could tell him that something bad is coming?  Other than our instincts of course.  He can feel it in his bones, probably, but why mention that he was reading something if that didn’t have something to do with it?

“Old reports,” he murmured.  “From thirty years back.  Carson had this job back then, and when Mimir died. The anomalies started twenty-nine years ago and continued right up through the bombings.”

Her stomach twisted and bile started to rise in her throat.  “What kind of anomalies?”

A muscle twitched.  “The kind we’ve been seeing for the past six months.”

“The counter-claims?”  Miriam whispered.  “The approvals that don’t make sense, the ones that didn’t get caught by the low-level checkers?”

Padraig nodded.  “All that and more.  There’s been probes—stuff that we’re not supposed to know about, but like I said, Sephora is a friend.”

“So they’re already investigating,” Miriam said, her heart starting to beat faster.  Then the Commonwealth already knows what’s going on.

“They used to be,” Padraig said, glancing at the starmap that hovered at the far end of the room.  The red of Chinasia Corp, the purple of the Eurydice Compact, and the aquamarine of Idesalli colored vast swathes of the starscape.  “Three senators from the Compact and four from Idesalli protested the investigation.  It came to a vote and everyone who wanted it all to be investigated lost.  I’m sure they’re already purging the records now.”

“That doesn’t make any sense, Padraig,” Miriam whispered.  “Aren’t they the ones being investigated in the first place?  Why didn’t…”  Her voice trailed away for a moment as she tried to gather her thoughts.  Chinasia is probably the prime offender.  The Compact and Idesalli—both competitors of Chinasia for resources and territory—come forward.  That shunts blame aside and gives the protests merit.  God, have we all suddenly caught a case of stupid around here?  They’re playing us—all of us.

“Idesalli isn’t being investigated,” Padraig said quietly.  “If they’ve been doing anything, they’ve been quiet about it.  You haven’t seen claims coming in from them, have you?”

“I have, but they’ve all been for territories that—”  She stopped, then sucked in a breath, feeling sick again.  “They’ve been for territories that were claimed by smaller congloms, like Argopian or TriesteCorp or New Afrikans.  Quit claims, things that had been abandoned in the last three to six months.  It was taking a lot of research to double-check them all, to make sure that everything was on the up-and-up.”  She felt cold.  “Everything is on the up-and-up, isn’t it?  Or at least they’re making it look that way.”

Padraig slumped against the console, putting a hand gently on Miriam’s arm.  “You haven’t done anything wrong.”

“But I have if Idesalli has been coercing the smaller congloms to quit their claims.”

“You can’t blame yourself for that.”  He sounded weary again, as if everything was suddenly starting to catch up with him.  “It’s not your fault, Miriam.  You couldn’t know.”

“I should have seen the patterns.”

“You’ve seen the ones that counted,” he said quietly.  “The active counter-claims.  Those we can deal with on our end.  Leave everything else to the Inspector General’s office.”

Miriam pressed her hands flat against the edges of her console, trying to control the queasy feeling in her belly.  She squeezed her eyes shut.  “But you said that the Senate shut them down.”

“Not everyone answers to the Senate.”

A shiver went through her.  So that’s how it is.  Everything’s starting to break down.

“Meet me tonight after work,” Padriag said quietly.  “It’s time we come up with some plans.  Contingency plans.”

“For what?” she asked dully.

“For when things come apart,” he said, then squeezed her shoulder and straightened.

Behind them, another clerk cleared his throat.

“What is it, Marcos?” Padriag asked as he straightened again, abruptly their supervisor again rather than a comforting friend—and paranoid ally.

“It’s the Whispers, sir,” Marcos Dengali said quietly.  “You said to tell you if we came across anything.”

Miriam’s stomach sank as her head came up.  Her fingers flew over her console, pulling up information on the system.

Her hand went to her mouth.  She choked on bile and a sob.

Marcos looked past Padraig at her, then at Padraig again.  “Someone’s staked a claim.  And it’s not the Wanderers.”

“Shut it down,” Padraig ordered.

“We can’t,” Miriam whispered.  “It’s already been approved at the top.  Idesalli’s claimed the Whispers.”

Other webfiction by Erin M. Klitzke

You can find more great webfiction from The Web Fiction Guide.

Vote for us at TopWebFiction.com.