I’m almost finished with the main draft of the next UNSETIC Files book, The Measure of Dreams, which tells the story of how AJ McConaway and Kate Berkshire meet and begin working together.  AJ and Kate are number one and two in the trifecta of heroines that keep Tim McConaway (Bering Songs and Silence) from going completely off the deep end–or worse, somehow returning to the kidnappers who twisted him into their own image.  Kate’s already met the third of their trio at the time of The Measure of Dreams, but AJ hasn’t and won’t until she gets a phone call from one Lieutenant Brigid O’Connell at the end of Bering Songs and Silence.

I anticipate releasing The Measure of Dreams sometime this spring (oh god, did I just set a deadline for myself?  I think I did!) and with this anticipated release I’d been looking at the cover I’d originally designed.

I decided I didn’t like it and needed something better.

So I made something better and here it is!  I hope you all like it as much as I do. 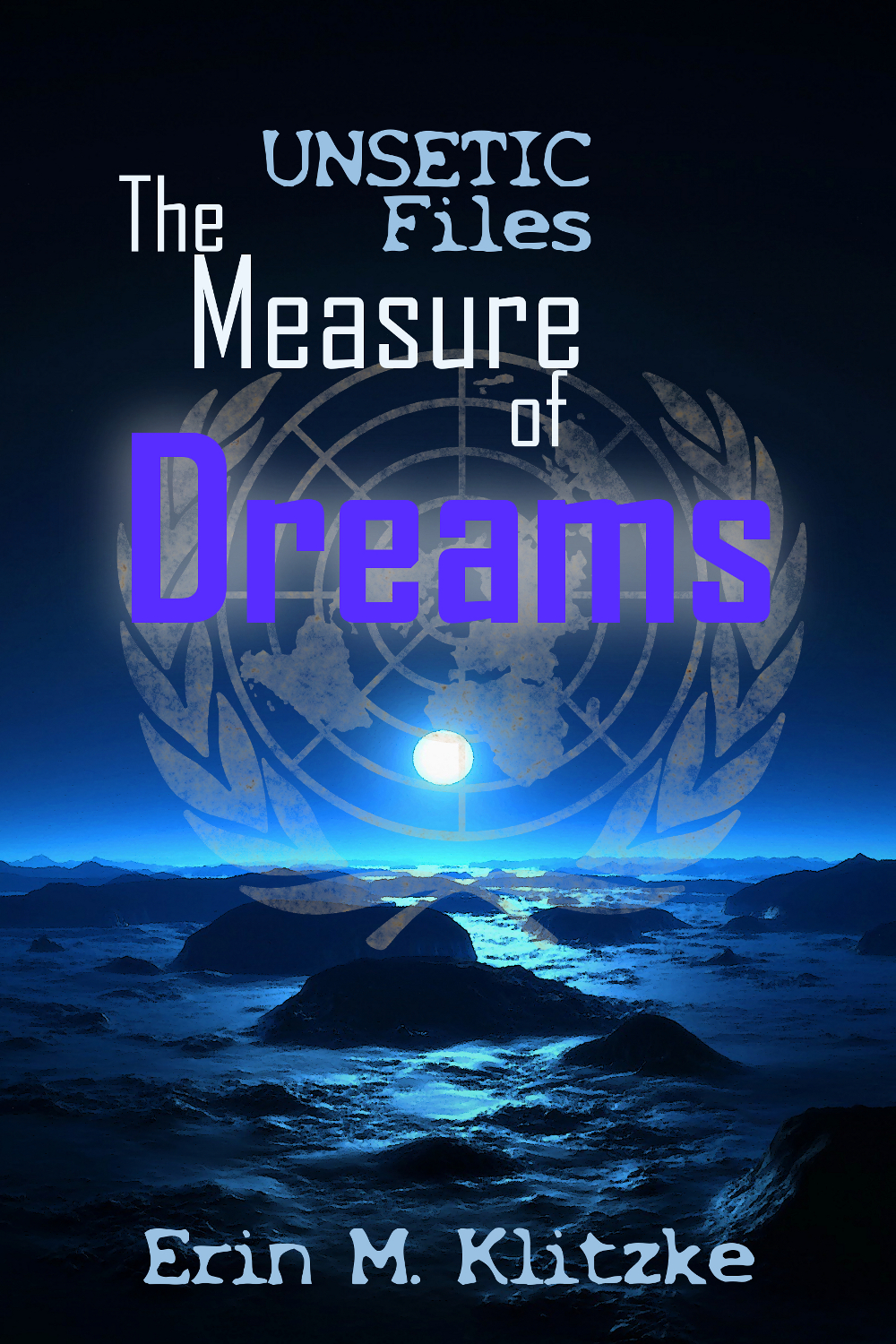 Stay tuned for more tie-ins to The Measure of Dreams coming soon (including stats so you can use AJ McConaway in your modern or near future d20 games) as well as a firm release date for the E-book.

I’ve gotten opinions on this from a few friends and now it’s time to show it to the world. 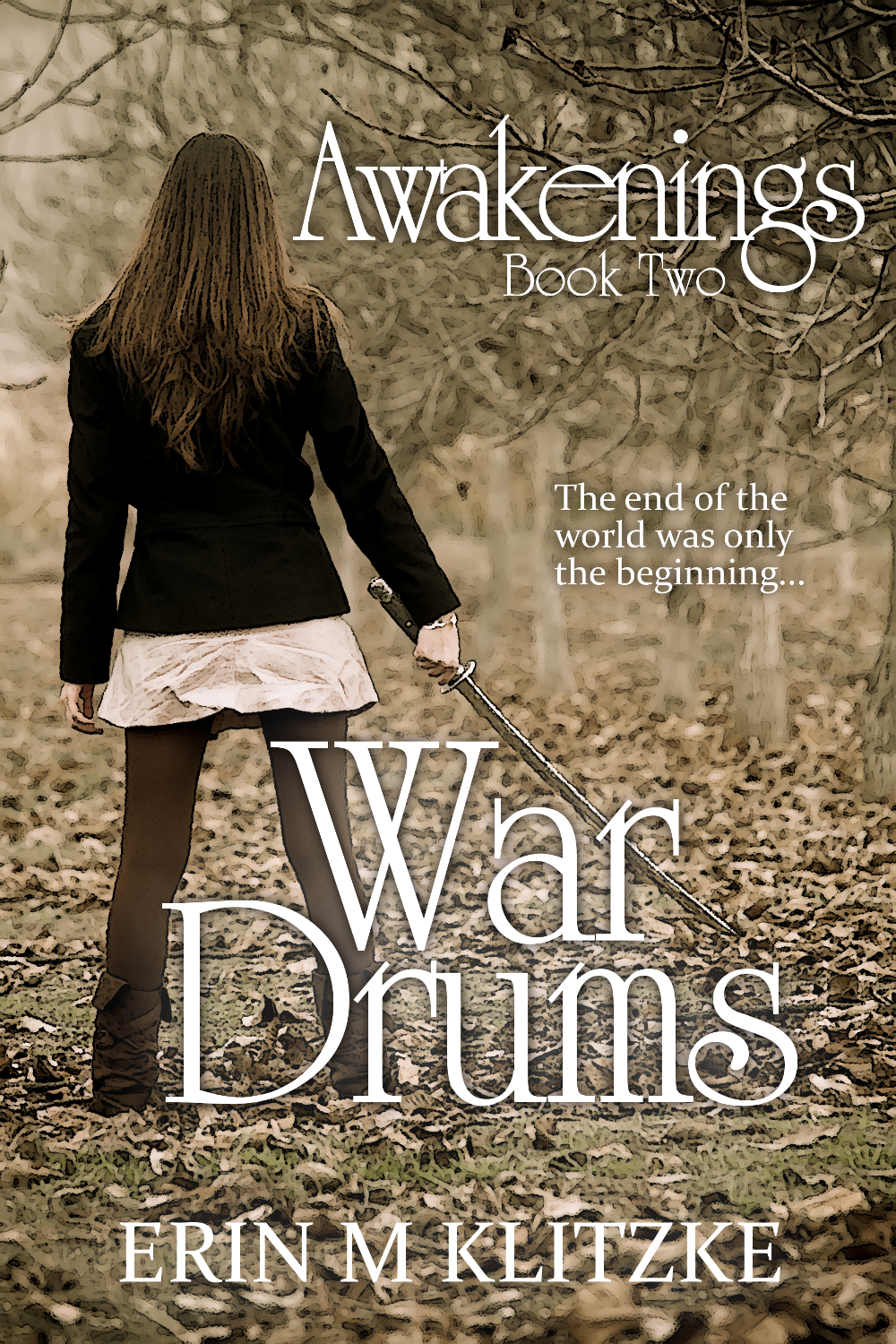 Awakenings: War Drums will actually only be comprised of roughly the first 100,000 words (give or take a few chapters) of the current ongoing segment of Awakenings.  I began to realize once I hit 165,000 words and wasn’t done yet that maybe what I had intended to be book two was perhaps really book two and book three.

To give you an idea of how long the first 100,000 words would be, if you go up through the end of Chapter 19 in the current version as uploaded, that would account for approximately 101,000 words of the book.

The current draft of books two and three combined is over 179,000 words and still climbing.

I will announce more details about book three (length, cover art, title, etc) at a later date.  Book Four of Awakenings also does not have a title yet, but you can expect that to begin posting probably by May or June.

Of course, considering it’s me, plans may change…nothing, after all, is ever certain.

Catch up on the current ongoing story at awakenings.embklitzke.com