Genesis (or why I do what I do)

A few weeks back at Desert Nights, Rising Stars at ASU, the inevitable question that arose whenever I mentioned that I had taken the self-publishing/indie publishing route for my work was “How did you do it?” or “Where did you learn to do that?”

The answer is pretty simple: the Internet.

My road started comparatively late for a lot of people who have been doing this for a long time–I didn’t really start down the indie pub route until 2011, so by that time there was a wealth of resources for me to draw from.  Why is that?  Because there were a lot of blogs out there from some fairly big names (well, okay, I had heard of several of them, at least, but I’m a huge nerd) that were talking about it.

Back in early 2011, I was screwing my head back on straight after the long, arduous and abruptly truncated work of writing and defending my Master’s thesis (I suffered every graduate student’s nightmare–my advisor passed away in the middle of my project and then all of a sudden I realized I did not have very much time to finish under my new team–six weeks from very rough draft to finished 200-page historical study isn’t something I’d wish on anyone).  A friend from my fan fiction days asked me if I’d been following Michael Stackpole’s blog lately and I admitted that I hadn’t.

So in a lot of ways, it’s all Trevor’s fault that I’m doing this now.

At the time, in March 2011, Stackpole wrote the first of his “House Slaves” series on the changing publishing industry (he’d later catch some heat for this, but I still think that analogy is good and works pretty well if you read all of it in the context and spirit in which it was written).  My road began right there, as I started to realize how much I didn’t know about the publishing industry that I thought I had and how much the world was changing.

Now, a second thing happened in March of 2011–I got my first e-reader, so the whole ebook publishing world had suddenly become very, very interesting.  If you’re thinking about getting into the world of self/indie publishing and digital publishing and you’ve never played with an e-reader or e-reading software, I’d suggest very strongly that you at the very least borrow one from a friend or relative so you can play with it and learn how reading on one of these devices changes the reading experience (this is especially important later, when you get ready to format your work for publication–you have to beat least vaguely aware of how your text will behave on an e-reader or smartphone screen, since it’s not static as it would be on a sheet of paper).

For me, getting my first e-reader (which I still have, use, and love) and my sudden realization of how quickly the publishing world was changing was a double-whammy and heavily influenced my decision to investigate independent options.

The best advice before I get into the how instead of the why:

Self/Independent publishing is not for everyone.  Do your homework before you make your choices and make the choice that’s right for you.

End of disclaimer.  Here’s the first part of how I learned to do what I do now.

As I said above, the main place I learned how to independently publish my work was from the internet.  When people say that you can find pretty much anything you want to (or really, really don’t want to) on the internet, they’re not lying.  There are a ton of websites out there that talk about the publishing industry in general and indie publishing in specific.

You may notice that I’m using self and indie publishing pretty much interchangeably.  That’s because in some ways, to me, they are.  Some folks would disagree with this assessment, but that’s their opinion.  There are some people who define indie publishing as small-press publishing (rather than traditional “big” publishing with folks like Random House, Simon and Schuster, etc.), and that’s fine.  For my purposes, however, independent and self publishing are individually based or based in very, very small houses (talking only a few authors here–WMG Publishing is a good example of what I’d consider an “indie publishing” house).

In order to learn a lot of what I’ve learned, I did a lot of research and read  lot of blogs.  Below is a list of what I recommend anyone thinking about going the indie pub route should start reading and start reading fast.

In no particular order…

Next week, I’ll go into more depth on ebooks–why they’re important and where and how to publish them. 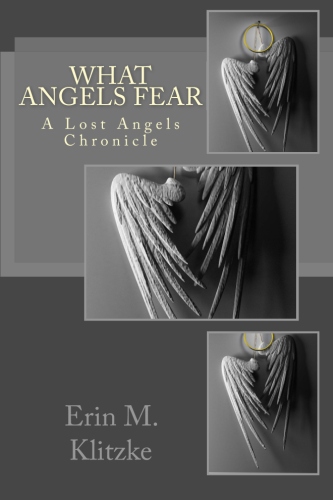 I’d intended to post about this last week and failed.  As of 17 March 2012, my first print book (novella), What Angels Fear went live on Createspace and Amazon.com.

It was actually not all that hard to put together, but I chose to publish this smaller piece first so I could get used to the formatting demands and the processes of Createspace as a POD service.  My overall experience with Createspace was actually really good and the finished product is very, very nice.  The cover (which is built on one of their stock templates) turned out awesome and the interior looks great in my opinion.

I’m very pleased with the result, which is available for $4.95 (plus shipping) via the links above.  It’s 122 pages and includes a raw preview of my next print release.

The next book I plan to release in print is Awakenings book one, which comprises the first year of postings on the project.  It’s twelve chapters plus a prologue and an epilogue; since I’m going to print the “deluxe” edition rather than the “basic” edition, there will be extra features such as a FAQ and an essay about working on the project.  These are coming together as I edit the raw text of the web serial into (what I hope is) a very readable book format.  As it stands, the trade paperback will be around 370 pages, though that number will shrink and grow as I edit and format the book to my liking.

Kind of scary and exciting, huh?

Call me a joiner, but a lot of indies post these and it’s about time I decided to not be any different in that.

I started to e-publish my work back in August, starting with a lightly revised version of my Master’s thesis, Intersection with the Once and Future King.  Since then, I’ve published a few shorter works and two full-length novels, Awakenings Book One and Epsilon: Broken Stars.  Epsilon: Redeemer and When All’s Said and Done are forthcoming, hopefully by the end of the year.  Print versions of some of my work will be available in the coming months, starting with What Angels Fear, which is in the final review process on the print edition.

I’ll be breaking my analysis down by book, but omitting the copies given away of Epsilon: Broken Stars in November 2011.

Falling Stars ($0.99-FREE)
most of these copies were free except for those on Amazon, where the price is still $0.99. 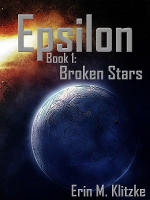 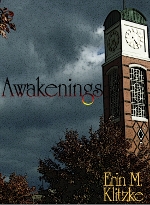 Amazon recently cut me my first e-check–for $18.97.  Hopefully, it will be the first of many, many more.