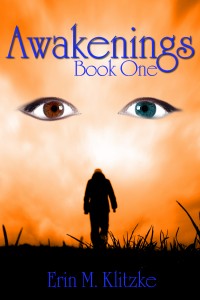 END_OF_DOCUMENT_TOKEN_TO_BE_REPLACED

Confession time: I write character-driven fiction.  The characters are my stars, not the plot, not a world, not a concept.  I’m interested in the stories these people I make up in my head have to tell me, and I bank on readers being as interested in them as I am.

Maybe it’s the longtime roleplayer in me that causes that.  I can’t be sure.

I think about these things from time to time, but it wasn’t until a recent review in the @SciYourFi blog that I realized how much I invest in characters over the plots driving them, over everything swirling around them.  The review was of my first full-length ebook, Epsilon: Broken Stars, and the major takeaways for me as a writer were to make sure that all of the little things that struck the reviewer as “odd” pay of in the second book (Redeemer, forthcoming, release date unknown but probably in the spring or summer) and that the reviewer got interested in the personal stories of the cast.  That’s fantastic, because I’ve been in love with their stories for a long time (well, Aaron/Wil and Caren’s, anyhow).

Side note: Of course the review also sent me scrambling to figure out some formatting errors, which I think I fixed but could certainly be wrong on that count.  A full page-through of the Smashwords version is on my to-do list (I have been avoiding it so the story could settle in my brain–so I could get really, really used to the idea of it being “finished”).

Chris George, as I recall, said something similar about Awakenings in his review of it at the Web Fiction Guide–the saga centers less around the end of the world and more about how the young men and women left behind handle that event.  I’m sure eventual reviews of The Last Colony will say the same thing: that the story centers on the people reacting to and causing events in their universe.

My name is Erin, and I write character-based fiction.  It’s what I do.  I’ve got a bunch of worlds, and these worlds are peopled with characters I love (or, in cases such as with Casey Flannery and D’Arcy Morgause, love to hate).

She offers two free fiction serials @ http://www.embklitzke.com/e557 and http://awakenings.embklitzke.com.  Stop on by and check it out. 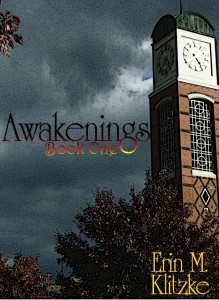